The art world is full of fascinating exhibitions, intriguing discoveries, unfortunate thefts and welcomed recoveries. Here are some of the latest news items making art headlines.

Why the Fearless Girl Statue’s Controversial ‘SHE’ Plaque Was Removed 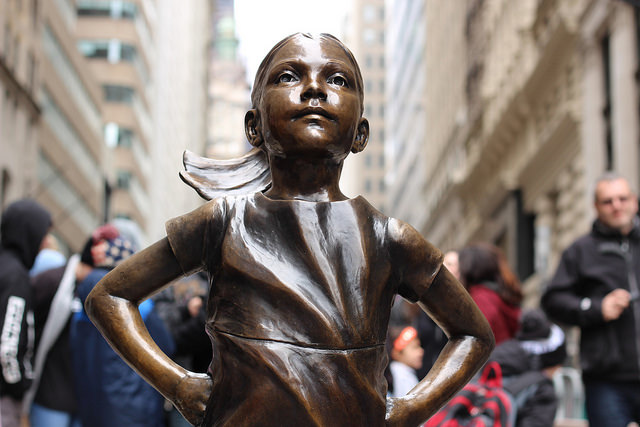 The controversial “Fearless Girl” bronze statue in New York will remain in place, but with a new plaque.

The statue of a defiant young girl was placed in front of the “Charging Bull” statue in New York City’s Financial District on International Women’s Day last month. The statue’s plaque read: “Know the power of women in leadership. SHE makes a difference.”

SHE has a double-meaning—it promotes gender equity, but is also an investment product from State Street Global Advisors, the firm that commissioned “Fearless Girl.”

People responded negatively to the plaque and called for its removal. The plaque was removed on April 2, though State Street officials claim the removal was due to the permit expiring, not the negative feedback. A new plaque was installed on April 12 and does not reference SHE. 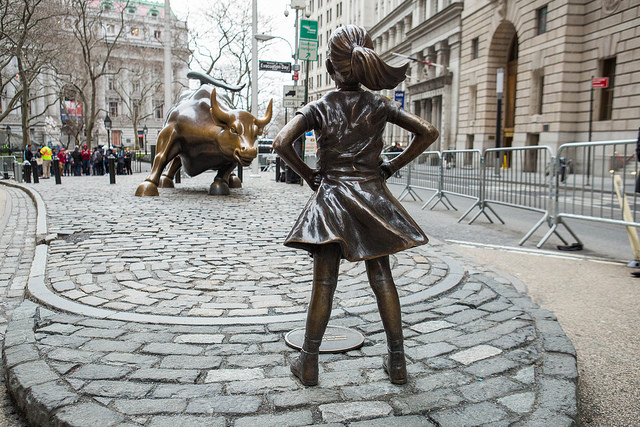 Despite the plaque’s removal, the statue remains at the center of controversy. Arturo Di Modica, the creator of “Charging Bull,” believes New York violated his rights by allowing the placement of the statue next to his sculpture. He also claims the statue changed the creative dynamic of his art.

“Fearless Girl” is scheduled to remain where it stands until February 2018.

A Philadelphia Museum of Art stalwart is gone 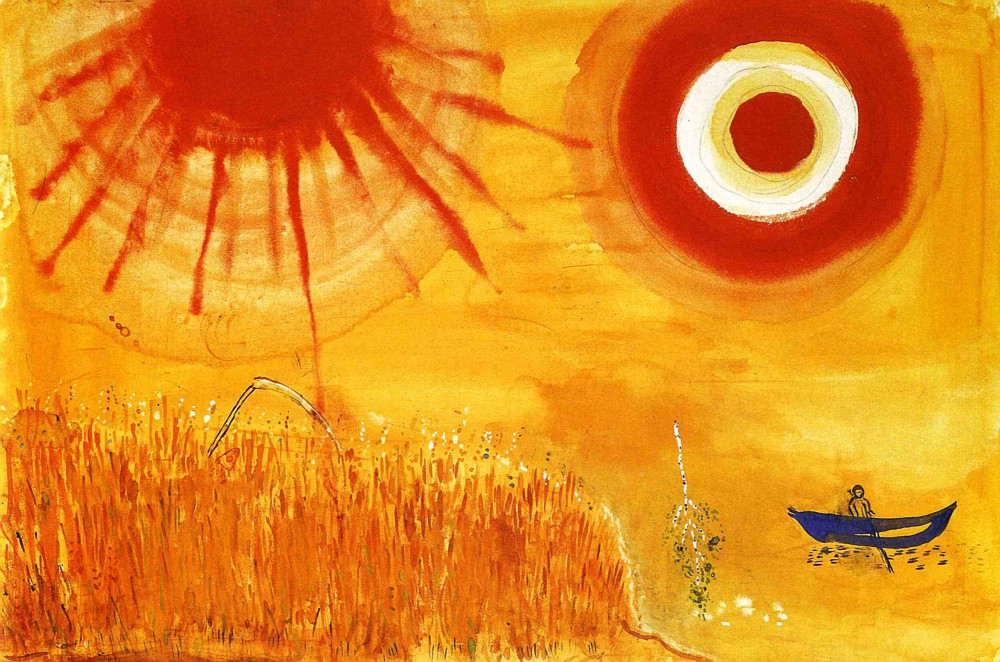 “A Wheatfield on a Summer’s Afternoon” (1942), Marc Chagall. (Image courtesy of WikiArt)

A work of art by Marc Chagall displayed for 30 years at the Philadelphia Museum of Art has been sent to join its brethren.

On April 10, art handlers took down “A Wheatfield on a Summer’s Afternoon,” a giant 30-feet-tall and 50-feet-long backdrop Chagall created for the 1942 production of “Aleko” at the Ballet Theatre of New York (now the American Ballet Theatre).

Chagall’s backdrop was removed so the museum could begin its massive renovation plans. The backdrop will be shipped to Japan’s Aomori Museum of Art to be on display for the next four years alongside three other backdrops Chagall created for “Aleko.”

The artwork originally came to the museum as part of a Chagall retrospective in 1985. Following the show, the owners donated the artwork to the museum. 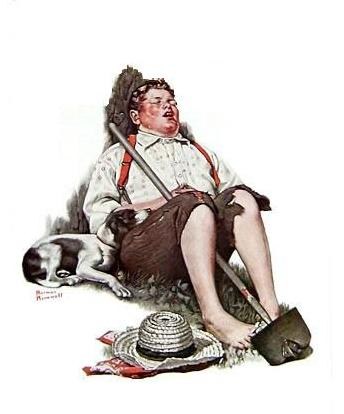 The Grant family of Cherry Hill, New Jersey welcomed the return of a $1-million Norman Rockwell painting stolen from them more than four decades ago.

The illustration, “Boy Asleep with Hoe,” appeared on the 1919 cover of the Saturday Evening Post, and is one of the first covers the American artist created for the magazine. Robert Grant purchased it for $50 from a pool hall after accidentally puncturing it with a pool cue.

According to CNN, thieves broke into the family’s home in 1976 and stole the painting along with other valuables. The case went cold until Grant’s son, John, renewed interest in it shortly after his father’s death.