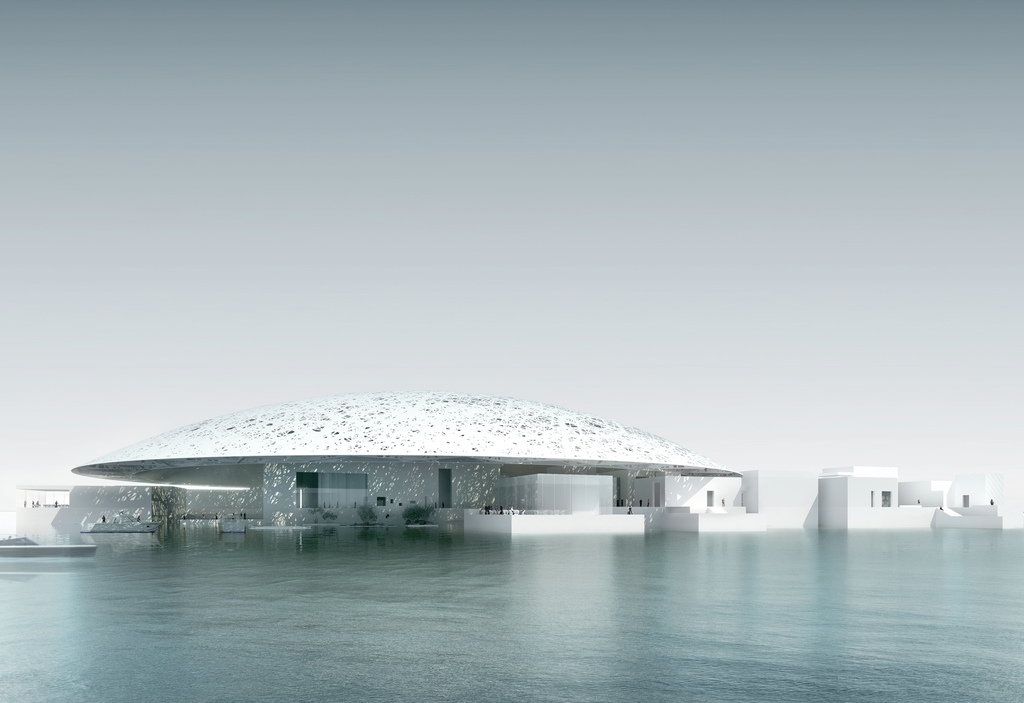 The Art Newspaper reports that a decade after a $1.3 billion contract was signed, the Louvre Abu Dhabi Museum is scheduled to open in November 2017.

After a number of construction delays, most of the work on the 24,000 square-foot museum has been completed. The museum is currently in a preparation phase that tests the building’s stability and security before art is installed. The museum is located in the Saadiyat Island Cultural District.

The Louvre Museum in Paris announced a new Louvre museum on March 7, 2007. The museum is expected to have 300 works from museums across France and art from the Emirati Museum’s collection of 700 works. 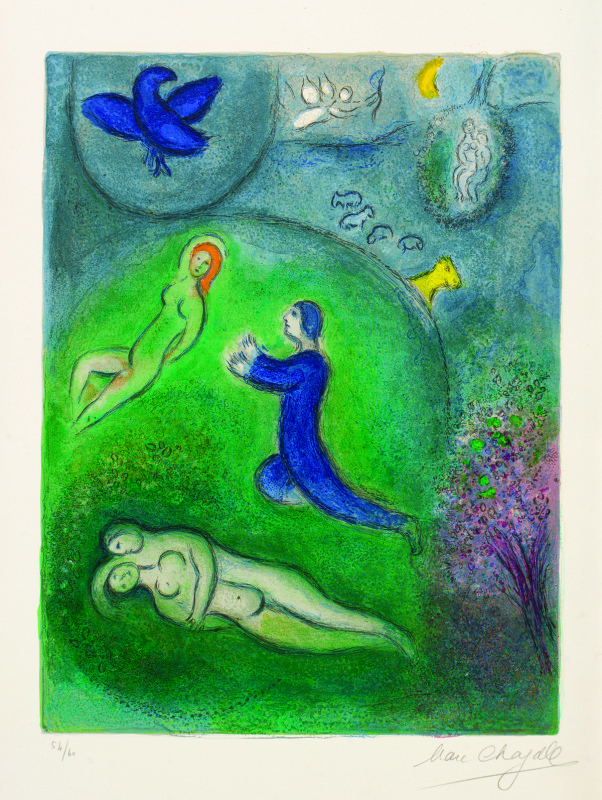 “Daphnis and Lycenion” (1961) by Marc Chagall, from the Daphnis and Chloe series.

A new exhibition at the Montreal Museum of Fine Art examines the role music played in the artwork of renowned artist Marc Chagall.

CBS News spoke with Montreal Museum of Fine Arts Curator Anne Grace about the museum’s exhibition, “Chagall: Colour and Music,” which takes place until June 11. More than 300 works will be on display.

“When we look at his paintings, we’re moved by a kind of musicality,” Grace told CBS. “He has this way of expressing himself in such a sincere and immediate way that we can’t help but be is struck by his works.”

Among Chagall’s accomplishments during his career was painting the ceiling of the Paris Opera House, which has been reproduced for the exhibit.

May 11, 2017 marked the 113th birthday of Surrealist Salvador Dalí. Civilized highlighted the occasion with a look at when the artist collaborated with shock rocker Alice Cooper.

According to Civilized, Dalí became a fan of Cooper and his eccentric performances in the early ‘70s. Dalí contacted Cooper to create a moving hologram of the rock star, who couldn’t pass up on the opportunity.

“The funny thing was, in school I was an art major before I was even in the band. And he was my hero,” Cooper said. “Salvador Dalí was sort of the ultimate. And when I got to meet him, and I worked with him on a project, it was beyond belief. It was like working with The Beatles. You couldn’t get any higher than that.”

The resulting hologram was of a shirtless Cooper wearing $4 million in diamonds. He posed with a fake brain decorated with a chocolate éclair and ants that spelled out “Alice” and “Dalí.” View the creation of the hologram.