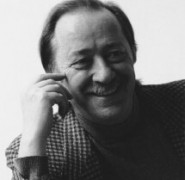 Born Giuseppe Dangelico in Bari, Italy on November 8, 1939, Pino Daeni began his studies at the city’s Art Institute. In 1960, he entered Milan’s Academy of Brera where he perfected his talent and skill for painting nudes. In Milan he came under the influence of the Pre-Raphaelites and Macchiaioli, experimented with Expressionism of the late ‘60s, and found fascination with major artists of the 20th century, particularly Sorolla, Sargent and Boldini. From 1960 to 1979, his work appeared in several prizes and awards. These paintings were early renderings of his present style. At the same time, he was commissioned by Italy’s two largest publishers, Mondadori and Rizzoli, for book illustrations.

Pino’s works focus on the female figure, inspired by growing up surrounded by sisters, aunts, and female cousins. His subjects display a range of emotions, often in private or intimate settings. The atmosphere within his paintings is romantic and soft, filled with flowing fabrics and heavy texture with a deep emotional weight.

In 1978, Pino immigrated to the United States under the sponsorship of Borghi Gallery where he held several shows in New York and Massachusetts. From 1980 to 1994, he gained great popularity among book publishers: Zebra, Bantam, Simon and Schuster, Harlequin, Penguin USA, and Dell, where his fresh artistic interpretations made him an artist in demand. His style influenced and dominated the market.

Since 1992, Pino’s fine art pieces have appeared in galleries throughout the United States. They go back to his early days in Milan and underline his ongoing explorations in technique, tone, and harmony. Frequently, his works carry themes that bring out the complexities of human relationships, states of connection and separation. His enriched technique skillfully transcribes these human emotions on the faces of his subjects and supports them in the tones of the characters’ deftly rendered garments. His artistic sensibility lives in the harmony of content and form that he achieves in his work, a style which he has perfected over the years and which marks his originality. Pino has been invited to several significant art shows in the United States. Also, he has appeared on major TV networks and has been interviewed in national and international journals.