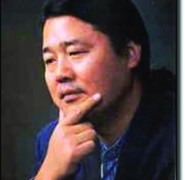 Born in 1949 in Seoul, Korea, Sung Sam Park began painting at the age of 12. His talent and teaching abilities were quickly recognized and in the 1960s, while still a junior high school student, Park won many awards and competitions. He even assisted his teacher in grading other students.

Park continued to gain recognition, but his father was determined to have his only son gain a career in business. Park eventually had to leave his home and live with his friend in a nearby farming village. This proved to be a blessing in disguise, as he was surrounded by nature and people who made their living from the earth. These aspects of his new home would shape his direction as an artist.

Park attracted the attention of prominent artists and heads of state. Byen Si-Jin, former university president of Jo-Joo Island, was his private art teacher and mentor. The former president of South Korea, Yun Bo-seon, personally awarded him first place in many national competitions held by the Mok-Woo Art Society. Park is still the youngest person ever to have participated in these competitions.

After high school, Park spent six months in the army before enrolling in the Seorabeol Art College (later known as Chung-Ang University). After graduating in 1973, Park would take his teacher’s advice of venturing into the world and traveled to France in 1982, where he studied painting and lived with other young artists in Paris. His artistic style today clearly reflects the inspiration of the French Impressionists. He met several art dealers who would invite him to visit many countries, including Spain, Morocco and Greece.

Park returned to Korea briefly in 1984 to participate in the national Olympic-sponsored art competition for the upcoming 1988 Seoul Olympic Games. With more than 2,000 entrants in the competition, Park won and received a Gold Medal. Following the Olympics, Park’s painting was purchased by the Hyundai Corporation for permanent display at their corporate headquarters.

In 1986, Park became a member of the jury of Heart and Mind Artists Association of Korea, which is the organization that assesses all artwork presented for juried competition in that nation.

Park returned to Europe, where he lived for the next 14 years with his wife and son primarily in France, but also in Greece and on Cyprus. While living on Cyprus, Park was commissioned by the President of Cyprus to paint the First Lady’s portrait. This and five other paintings by Park are currently displayed in the collection in the Presidential Palace. A painting that Park did while in Greece was of Michael Dukakis’ birthplace, and was later purchased by the former Governor of Massachusetts.

While in Provence, Park continued to study and to evolve, creating his own voice with his New Impressionism. He made his color combinations more precise and established an overall configuration that gave rise to stronger impressions. He works exclusively with a palette knife, with the exception of a small brush for details, and uses pure colors to give his work immediacy and vibrancy.

His paintings are based on real places, but he takes a great deal of artistic license when presenting his ideal locations.

He established himself in several European galleries, and continues to exhibit in many of them today. His works were written about in a variety of newspapers and magazines, including the European Travel Press and Euroko, a Korean magazine in Europe.

Park came to the United States in 1994, he continues to live on the coast of Southern California. He has exhibited in several American galleries and in March 1996 he first exhibited at the New York Artexpo. With more than 70 one-man shows to his credit, Park is one of the best known Impressionists today.

“America is a country of opportunity,” Park says. “In Europe an artist’s background is more important than his work. But in America, an artist recognized for the quality of the work he produces.”