Behind the Artist: Yaacov Agam

To Yaacov Agam—progenitor of the Kinetic and Optical Art movement—change is inevitable.

Born in 1928 in Rishon LeZion, Israel, Yaacov Agam is an internationally-acclaimed, multimedia artist who pioneered an art form that contemplates progress, the fragility of time, and the role of the viewer.

“Art…like life, has no specific origin or end, but is continuous—it goes on and on, suggesting the vitality and creative continuity which is characteristic of human life,” Agam says. 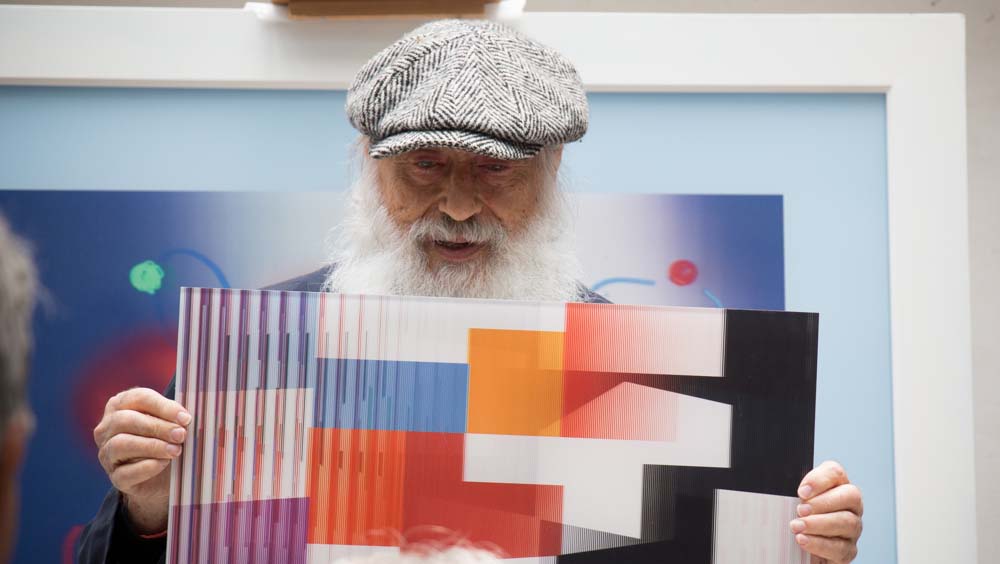 Agam trained at the Bezalel Academy of Arts and Design in Jerusalem and later studied under the renowned Bauhaus color theoretician, Johannes Itten. A master in integrated design, color theory, and draftsmanship, Agam stands at the forefront of two significant movements in contemporary art history: Kinetic and Op Art. He is accompanied in renown and practice by Alexander Calder, Victor Vasarely, Bridget Riley, and Josef Albers. 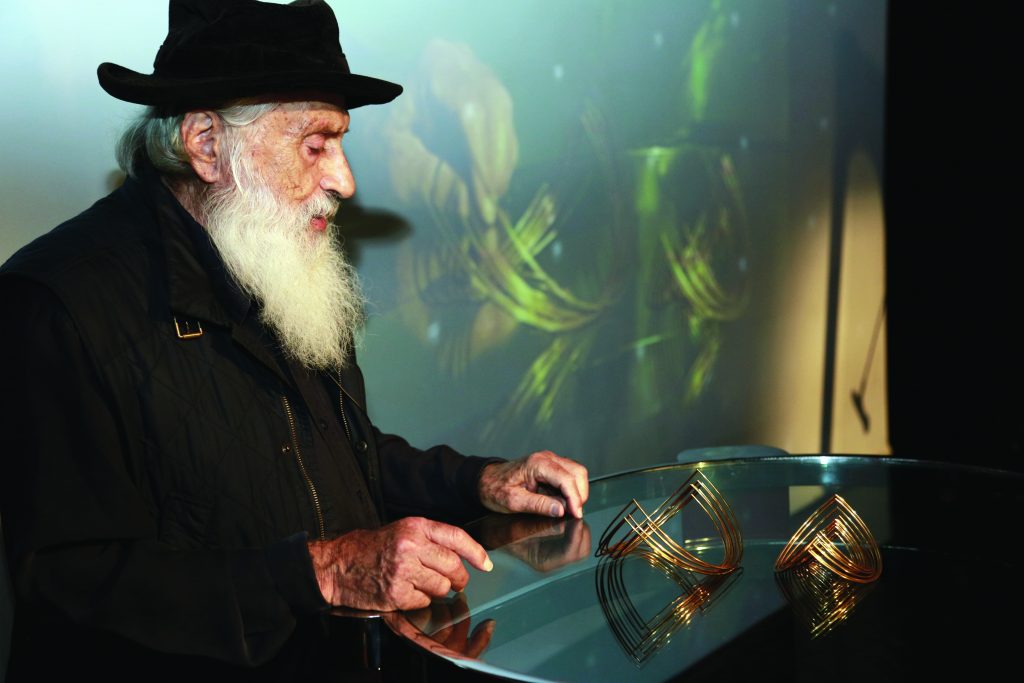 Yaacov Agam demonstrates an example of his kinetic sculpture.

Agam’s multi-faceted works hinge on movement, and dynamically change in relation to a viewer’s position. Agam calls each viewer to action, challenging the notion that art should only be enjoyed from limited perspectives. By relying on viewer perception to complete the composition, each work is never wholly complete or wholly visible. In this way, Agam transcends representation by denying it. 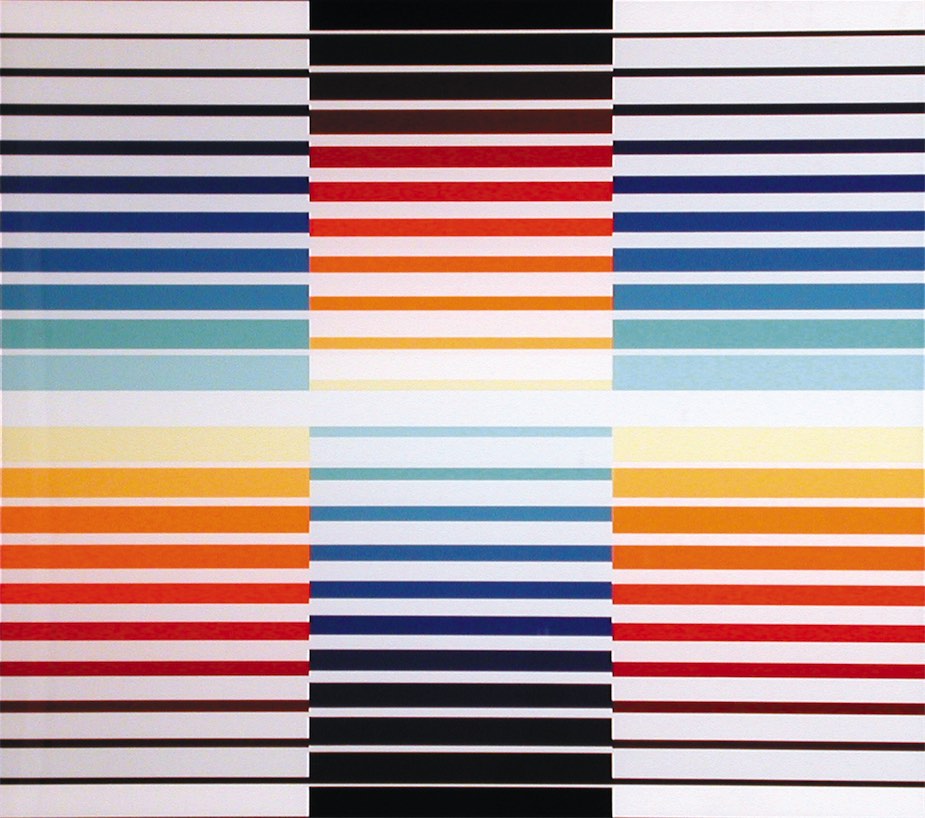 Characterized by sculpted lines, geometric patterns, and bevelled edges, Agam’s artistic aesthetic is entirely non-figurative. Agam creates non-representational artwork in order to align and adhere to the tenets of the “Kabbalah,” the ancient Hebrew study of mysticism. Agam grew up in an Orthodox household and was initially discouraged in his artistic pursuits by his father, a rabbi. Instead of wrestling with his Orthodox beliefs, which prohibit graven images, Agam opted to create non-representational compositions to inspire metaphysical reflection. 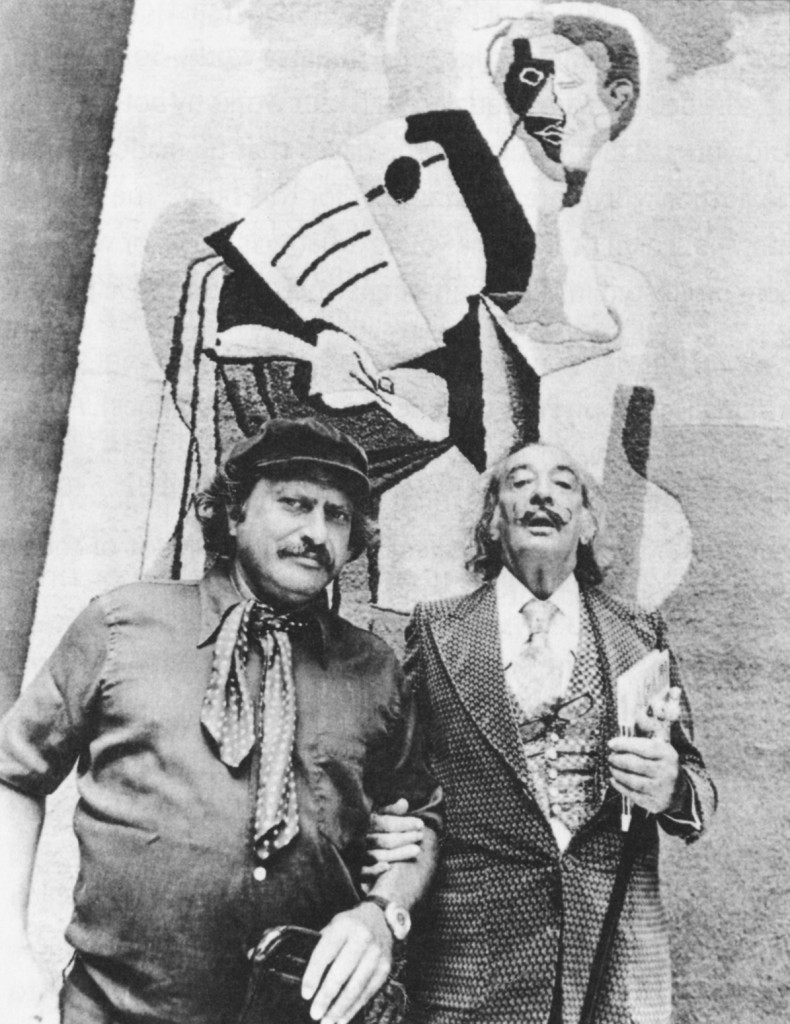 Yaacov Agam and Salvador Dali. Photo courtesy of “Agam: Beyond the Visible” by Sayako Aragaki

Agam has installed larger-than-life public sculptures in New York, Chicago, Paris, Strasbourg, Tel Aviv and many other locations around the world. In 2009, Agam created a monumental sculpture for the World Games in Koahsiung, Taiwan called “Peaceful Communication with the World.” 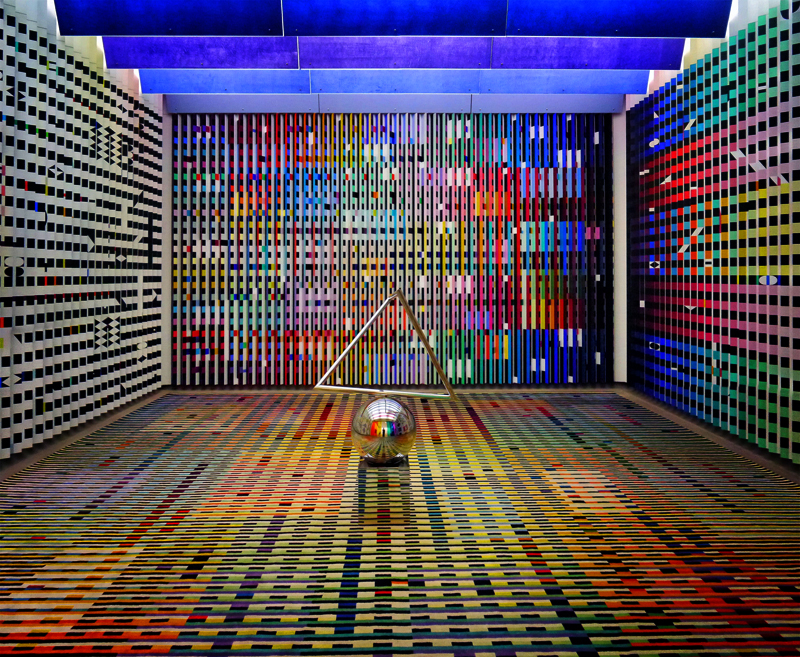 Detail of the Salon Agam at the Centre Pompidou in Paris, France. Photo courtesy of Groume via Flickr.

In September 2016, the Yaacov Agam Museum of Art opened in Rishon LeZion, Israel, placing Agam on the shortlist of artists who are honored with a namesake museum. Later that year, the Museum of Geometric and MADI Art in Dallas, Texas hosted the exhibition, “The Magic of Yaacov Agam” sponsored in part by The Park West Foundation.

Agam works with a variety and combination of media including painting, drawing, sculpture, ceramics, jewelry, sculpture, serigraphy, lithography, etching, and even stained glass. Most recently, Agam has begun to further his interactive aesthetic by incorporating digital technology into his kinetic artwork. 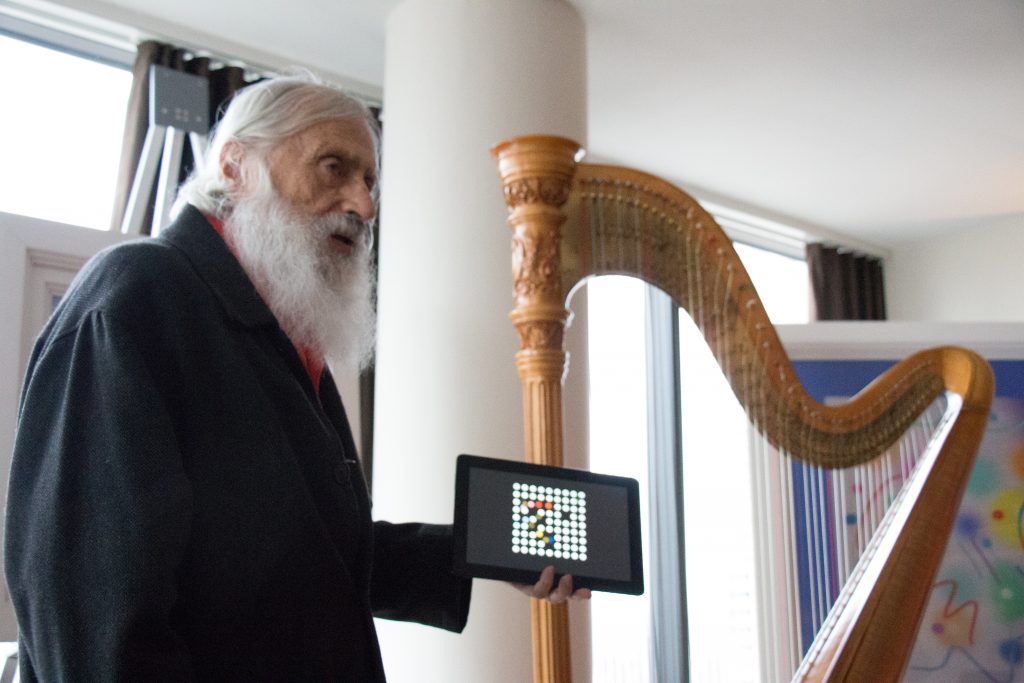 Yaacov Agam demonstrates one of his interactive digital works of art.

Park West Gallery CEO and Founder Albert Scaglione first met Agam in 1974, launching a tremendous friendship and artistic partnership that has endured and thrived for over four decades. As a witness to his spiritual and conceptual progression as an artist, Park West is honored to represent Agam. 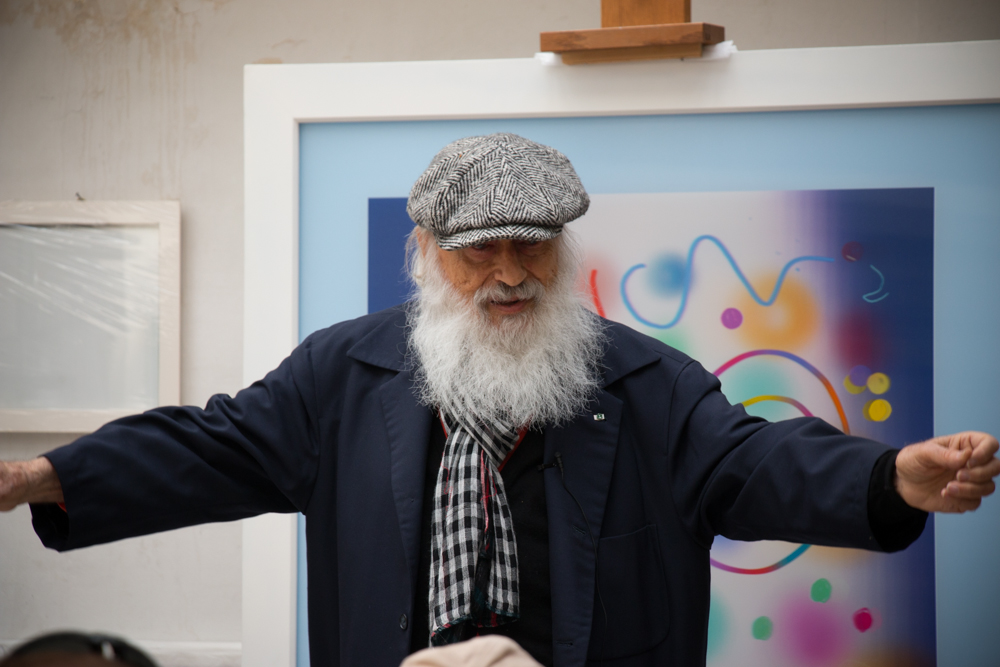 Yaacov Agam on his 86th birthday.

For more biographical information about the artist or to add an iconic work by Yaacov Agam to your collection, contact our gallery consultants at (800) 521-9654 ext. 4 during business hours, or email sales@parkwestgallery.com.