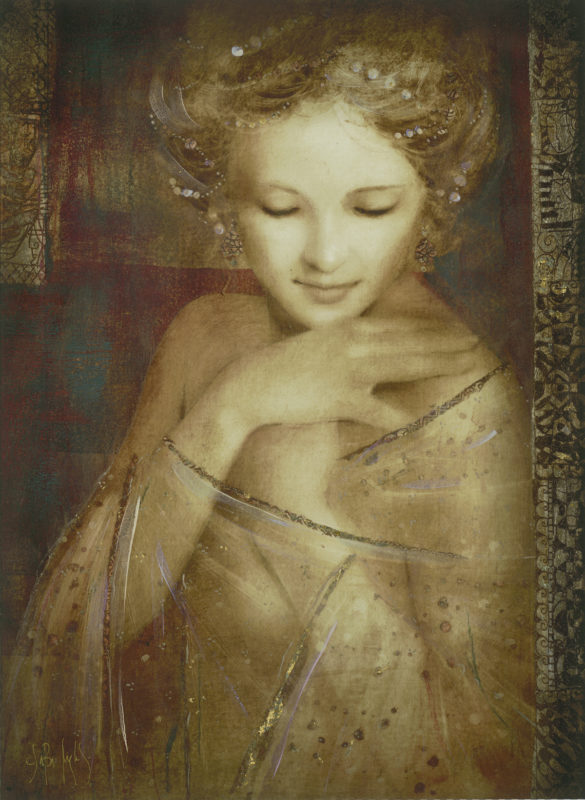 Park West artist Csaba Markus is known for painting ethereal and beautiful portraits of women, carrying on techniques from the old masters.

When asked, Markus has a quick answer for why women are his subject of choice:

“I am painting women because I am a man,” he says with a smile.

Joking aside, Markus’ answer goes much deeper. Markus has studied the techniques of the masters, including Durer, Raphael, Titian, Rembrandt and others, and this becomes all too apparent when viewing one of his amazing works of art. As a contemporary artist, he bridges the centuries-wide gap between these techniques, and chooses to do so with a particular subject: women.

He says honoring women in art has roots in Greek and Roman sculptures depicting female figures with idealized but realistic bodies and faces. The idea adheres to that of “El Greco” art, which is romantic art focused on imagination, myth and mannerism. Markus has done this so well that one of his works was included on a top 10 list of “Most Sensual Paintings” by the Toronto Sun.

“In my art, I am making an idealized woman who is confident, peaceful, mysterious, sensual and beautiful,” he says. 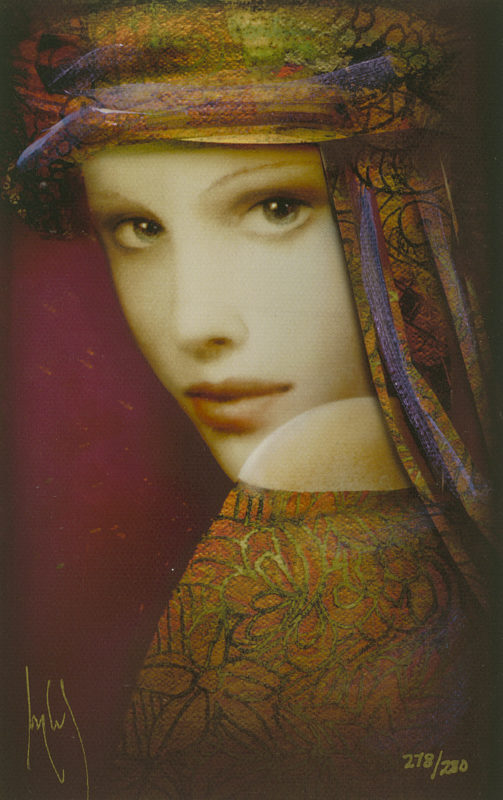 One of the most famous paintings, let alone a portrait of a woman, is da Vinci’s “Mona Lisa.” Markus poses the question: What is the secret to Mona Lisa being so famous?

Markus took it upon himself to study the “Mona Lisa,” as well as da Vinci’s notes to unlock the secret, and what he learned was that there was more to Mona Lisa than her smile.

During and after World War II, Markus says women began to take on more roles, whether it was in the workforce or politics. Markus says this redefined women, and he wanted to capture that spirit in his art.

In particular, Markus concentrates on painting young women. While older women deserve just as much respect, he says that their youthful appearances are symbolic of the promise and hope. He is driven by a need to elevate art and those who view his art, and by doing so, honors women.

“When you look, my women are not smiling because they are not Cover Girls,” he says. “They are real women with real problems, but they are confident, they are balanced.”

The women in Markus’ paintings are adorned with large headdresses, silky garments and jewelry. This is done to give them a regal appearance without the need for painting tiaras or crowns.

“In my mind, every woman is a princess or queen,” he says. 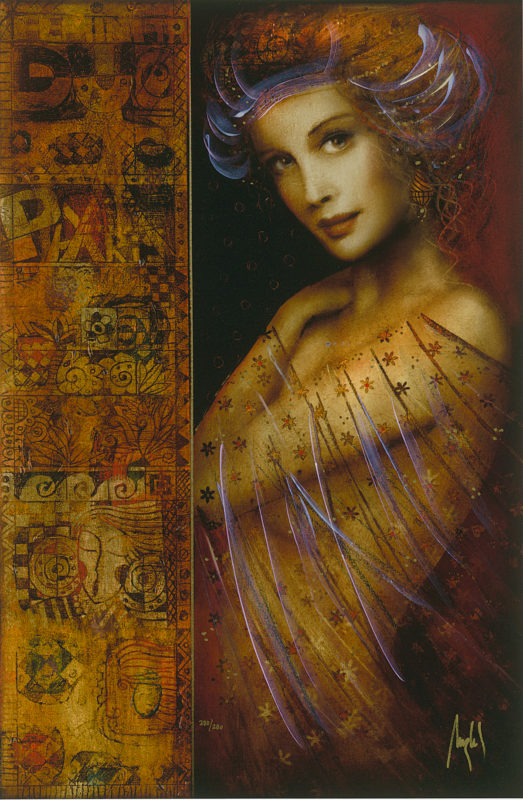 Markus says there is so much bad news in the world, and he didn’t want his art to to be one of the “bad channels” broadcasting negativity. Instead, he strives to give people hope and beauty. He says women should be placed on a pedestal, and by painting his 21st century Mona Lisas, he hopes to honor his muse and puts smiles on his audience’s faces.

“Their eyes sparkle and they smile, and that gives me a lot of enjoyment to be an artist,” he says. “I make people happy and they give me back that happiness.”

Be sure to view Park West Gallery’s Csaba Markus art collection and contact our gallery consultants for more information.