Artists often provide insight on the various myths, artists and history that influence their style. In the artwork of Peter Nixon, he not only tells you, he shows you.

“A lot of my paintings have little insets and pictures,” Nixon says. “It’s like reading the history about a subject or the background to a subject.”

Nixon’s art is breathtaking and ethereal. His unique “Sketch Style” combines a form of Cubism with working alterations left visible in the picture, and is influenced by artists such as Titian and Sandro Botticelli. To pay homage to these artistic giants, Nixon masterfully creates airy vignettes of these masterworks within his art, overlaying them over timeless goddesses. 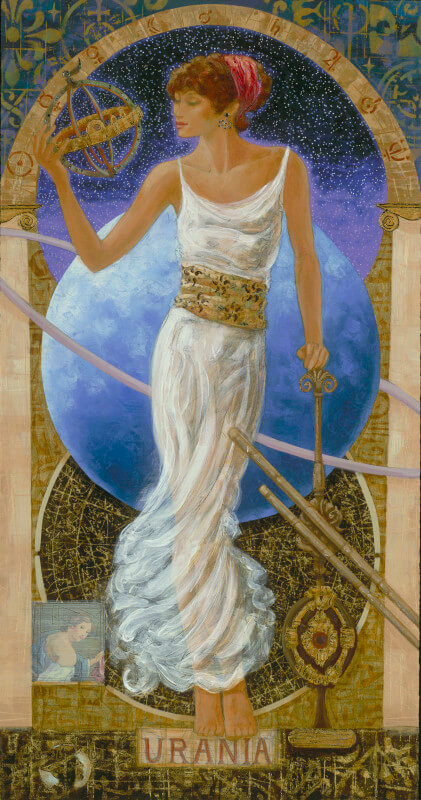 In doing so, Nixon aims to interpret visual history in layers, drawing connections between the past and present.

To this end, Nixon extracts inspiration from Greek mythology, bringing its ancient symbolism to life. Nixon’s “Muse” series is a great example. The series’ depictions of nine muses are infused with historical references regarding mythological references.

“It’s one of those subjects that’s been done in the past, and I wanted to put my spin on it,” Nixon says.

The inset pictures in the nine paintings are 19th-century representations of the muses by artists such as Charles Le Brun and Simon Vouet. The muses were goddesses who presided over the arts and sciences, including poetry, music, history and astronomy. 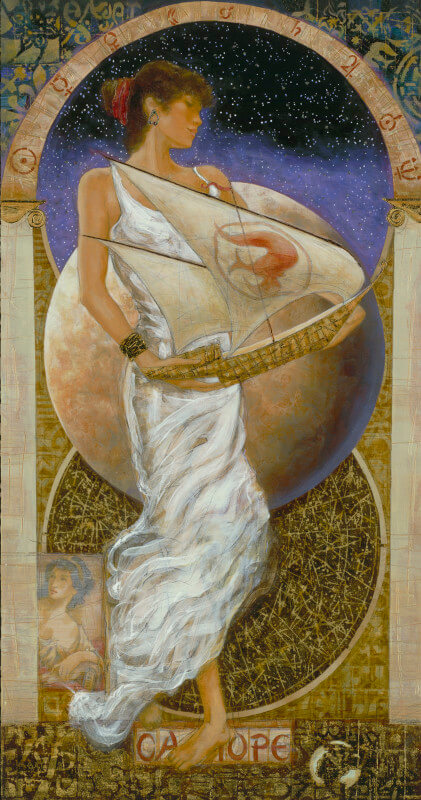 Nixon’s interest in Greek mythology and artistic tributes to artists doesn’t end with the muses. Nixon’s historical homages are, arguably, best exemplified in his depictions of the Horae – the goddesses of the seasons (also known as the Hours or Horai). In classic Greek mythology, the goddesses are Thallo, Auxo and Xarpo, representing spring, summer and autumn, respectively. 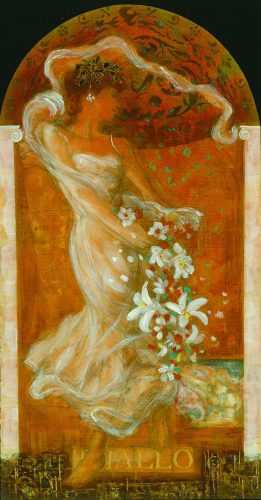 In Nixon’s “Horae Thallo,” the inset picture is a detail from Botticelli’s “The Birth of Venus.” In the famous painting, the Horae cover the naked Venus with a cloak. 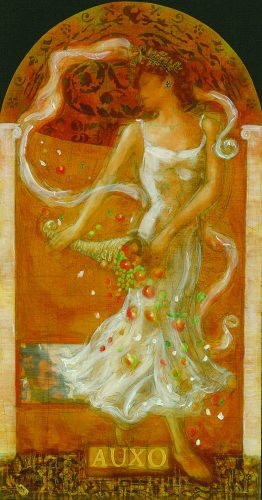 “Horae Auxo” features a mythical, bearded figure from Titian’s painting, “Bacchus and Ariadne.” The figure is dancing in a bacchanalian summer celebration, fitting for the goddess of summer. 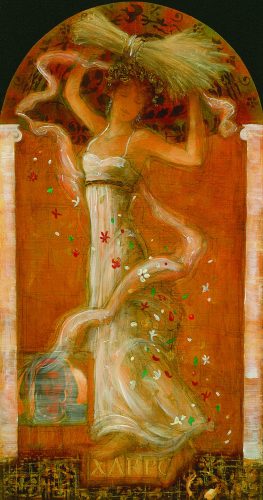 In “Horae Xarpo” Nixon includes a detail from William Holman Hunt’s “The Afterglow in Egypt.” Hunt’s painting celebrates the abundance of nature with its central figure carrying a sheaf of wheat on her head, similar to the figure in Nixon’s depiction.

Nixon is willing to reveal some of the secrets behind his art, but not all. Instead, he enjoys when collectors devise their own meanings and interpretations of his art. Knowing the history is a bonus, but Nixon believes artwork “does not need to be solved like a crossword puzzle or riddle in order to appreciate it.”