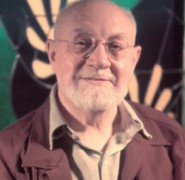 Henri Matisse is one of the most influential and recognizable names in the history of modern art. Born Henri-Émile-Benoît Matisse in Le Cateau-Cambrésis, France on December 31, 1869, Matisse initially studied law from 1887 to 1888 and worked for a notary as a legal clerk. In 1889 Matisse suffered from appendicitis, and while incapacitated, his mother gave him a set of art supplies to keep him occupied. He found he had a natural talent for art, and by 1891, he decided to pursue a career in the field full-time.

Matisse followed the traditional educational path for artists during the time, studying at the Académie Julian and the École des Beaux Arts in Paris. He first began exhibiting his work in 1895. In 1901, he participated in the Salon des Indépendants and in 1904, his first solo exhibit was held at the gallery of famed art dealer Ambroise Vollard in Paris. Matisse’s early work reflected the style of his predecessors and the rigid nature of his education but he soon began experimenting with new styles, quickly finding his own artistic voice.

In 1905, Matisse’s work was showcased in the Salon d’Automne in Paris which provided the first exhibition for the Fauvists. The style of Fauvism is characterized by bright, intense colors and bold brushstrokes that were not restricted to the confines of naturalistic interpretation – trees could be painted blue, grass could be painted pink, and all subjects were allowed a more abstract representation. Matisse was a central figure in the Fauvist movement, along with André Derain, Georges Braque, Maurice de Vlaminck, and Raoul Dufy. Matisse’s subjects often included women, still lifes and landscapes.

The Fauvist movement was short-lived, disbanding after 1907. Matisse continued to experiment in new styles, including Cubism, popularized and developed by fellow former Fauvist Georges Braque, and Pablo Picasso. Travels to Morocco in 1912 and 1913 also had an effect on Matisse’s art, as he was inspired by the culture, native art, the light, and the people that he found there. Women became an increasingly popular subject for Matisse’s work, particularly in the form of the odalisque (a female concubine) often in various stages of repose and undress. Matisse moved to Nice in the south of France in 1917 where he would later relocate permanently. This warm, bright region also influenced Matisse’s work as Nice’s landscapes became the subject of his work, highlighted with light, bright colors that seized his palette.

Matisse worked in numerous media throughout his career, including painting, drawing, sculpture, decoupage, and graphic works. Matisse created several commissioned works, including a mural for the Barnes Foundation in Merion, Pennsylvania (outside of Philadelphia) and decorations for the Chapelle du Rosaire in Vence, near Cannes, in the south of France.

Matisse was diagnosed with cancer in 1941 and two surgeries left the artist in a wheelchair for the rest of his life. This did not deter Matisse from working on his art, however. He returned to decoupage, a medium he began working in years ago, creating masterful works from paper cutouts. A major retrospective of Matisse’s works was held at the Museum of Modern Art in New York in 1951 and the Musée Matisse opened the following year in Le-Cateau-Cambrésis, Matisse’s hometown.

Henri Matisse died on November 3, 1954 in Nice, France but left behind an impressive legacy. His works hang in public and private collections around the globe, and continue to be studied by art students and enthusiasts throughout the world. Transcending limitation to a single art movement or medium, Matisse enjoyed a prolific career, creating works with a continuously developing style. He remains one of the most well-renowned and beloved modern artists to this day.