Behind the Artist: Francisco Goya

Spanish visionary Francisco Goya is considered to be the last Old Master in art history, but not without setting the pace of the Modern era.

Goya began his artistic reign in the 18th century as a court painter to Spanish royals, envisioning imperial greatness in paint. As the Spanish Peninsular War erupted in 1808, Goya grew critical of the Spanish and Bourbon monarchies.

To express his disgust, the artist reduced the feeble promises of the political elite to their fleshiest and darkest parts. Goya opposed the horrors of war through the art of unapologetic realism, somber illumination, and socio-political commentary.

During the last decade of Goya’s life, the Spanish master raged on against his own battle with illness, loneliness, and isolation. Deaf and disturbed, he soon opposed the comforts of the outside world. During this time, Goya arguably created his most masterful and profound works, referred to as “The Black Paintings.” 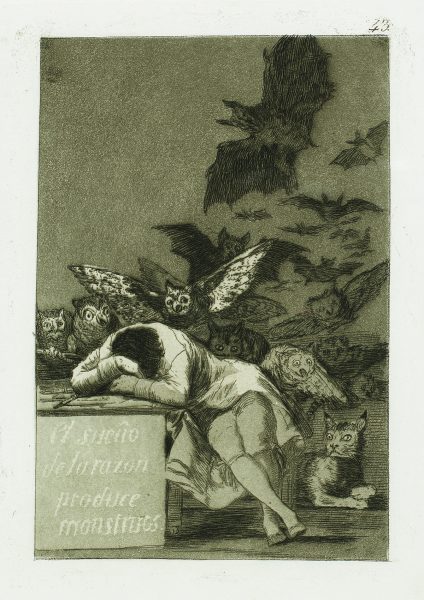 Goya is regarded by many to be the catalyst of Modernism — he initiated the notion that art should critically evaluate and examine injustice, no matter how grim. In doing so, Goya inspired generations of artists who sought truth in realism.

For more insight on Francisco Goya, the Spanish revolutionary, below are three details that highlight his artistic practice.

Goya gained initial acclaim in 1780 when he was appointed member to the Royal Academy of Fine Arts of San Fernando. The lauded fine arts institution was established by royal decree four decades prior and would later educate Pablo Picasso and Salvador Dalí during the 19th century. 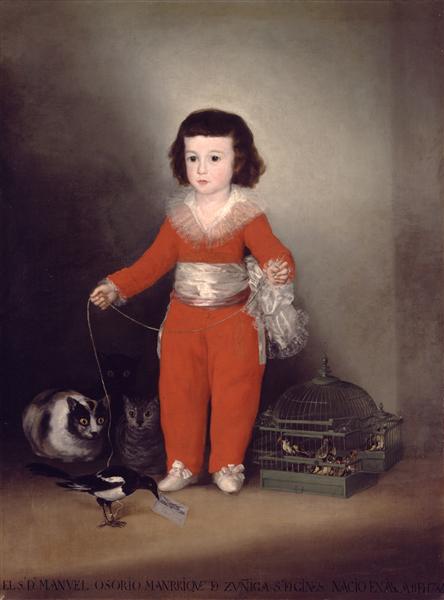 In 1786, Goya became the official painter of King Charles III of Spain and was named court painter to his successor, Charles IV, in 1789. For decades, Goya was the preeminent portrait artist among Spanish and Napoleonic nobles. Goya entrusted a solemn confidence in his royal subjects, each one postured in a guise of resilience, amidst the certainty of political upheaval. 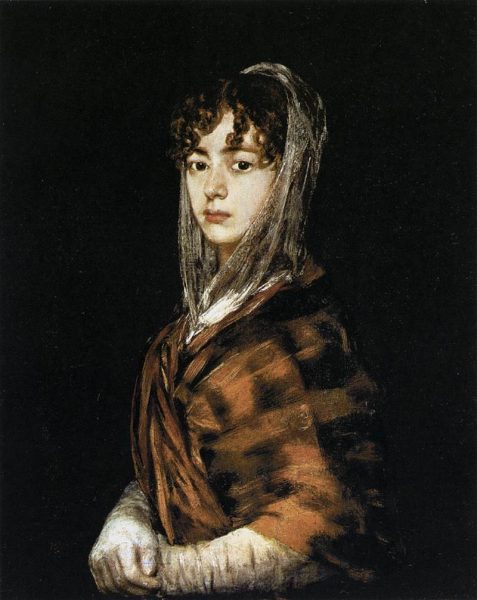 Goya witnessed the horrors of war first-hand as the Spanish Peninsular War raged on from 1808 to 1814. Appalled by the atrocities he witnessed, Goya privately began to detail the gruesome effects of war in his artwork.

An Adept Printmaker and Storyteller

While Goya condemned the brutality of war by famously painting “The Third of May 1808” and “The Madhouse,” his most jarring and distinctive expressions of distaste were created using the medium of etching and other forms of intaglio printmaking. 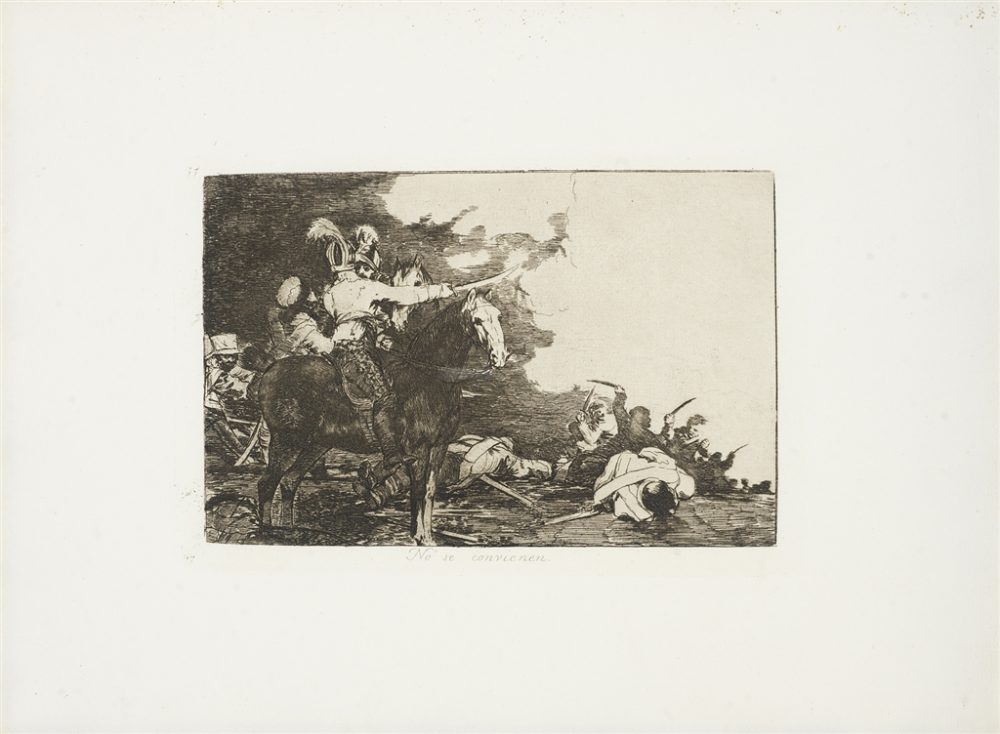 Goya became a prolific printmaker. From 1810-1820, Goya captured the atrocities of the Peninsular War though a series of 82 etchings posthumously titled “Los Desastres de la Guerra” (The Disasters of War). The series was published in 1863, 35 years after the artist’s death. While the compositions of “Los Desastres de la Guerra” preceded the invention of photography and were purely expressive, they critically examine the role of the artist in the face of conflict. 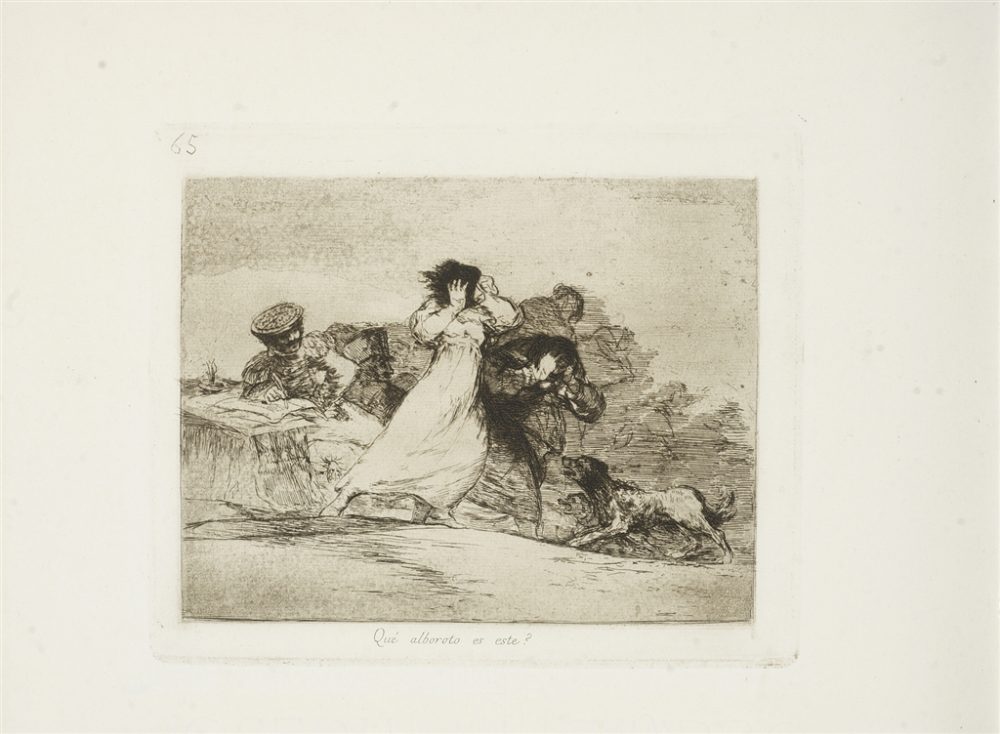 In 1799, Goya published a series of 80 satirical etchings titled “Los Caprichos” (The Caprices). These works preceded the creation of “Tauromaquia” in 1816, a series of etchings illustrating the Spanish custom of bullfighting, and “Los Proverbios” (The Proverbs), created between 1816 and 1824.

All four series ferociously demonstrate Goya’s talents in the medium of intaglio printmaking and are offered for purchase through Park West Gallery.

In the late 1810s, Goya retreated into a period of deep seclusion and disillusionment until his death in 1828. During this period of solitude and mental despair, Goya painted 14 artworks directly on the walls of his home in the Spanish countryside, known as “La Quinta del Sordo” (The House of the Deaf Man). It is inferred that this collection of artworks, referred to as “The Black Paintings” were never meant for exhibition and are revered for their haunting commentary on the human condition. 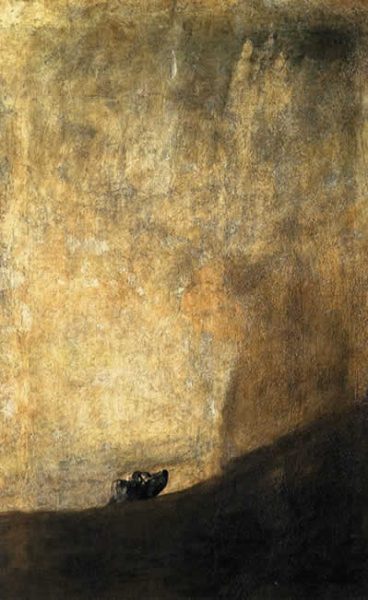 As a testament to Goya’s artistic prowess, the Spanish Surrealist Joan Miró asked to see “The Dog” during his final visit to El Museo Nacional del Prado in Madrid— the home of “The Black Paintings.” In line with Miró’s solemn request, “The Dog” is considered to be one of the most enigmatic masterpieces in western art history.

For more biographical information about the artist or to add a Francisco Goya masterpiece to your collection, contact our gallery consultants at (800) 521-9654 ext. 4 or sales@parkwestgallery.com.