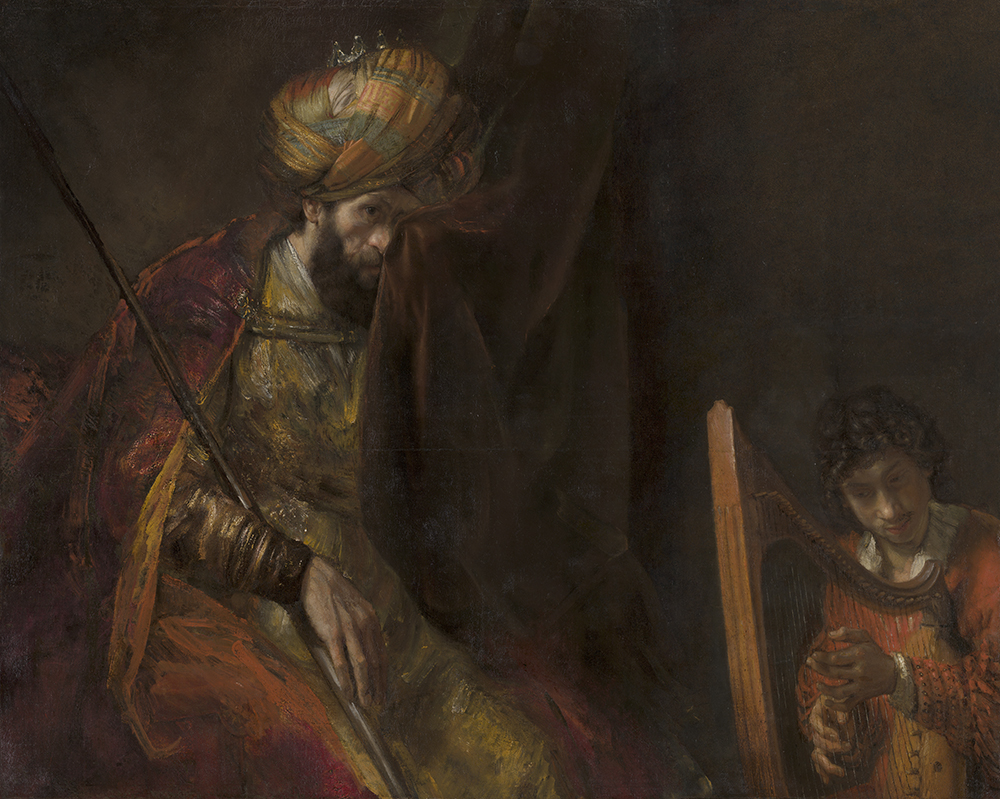 A painting disputed as a mere studio copy of Rembrandt van Rijn for 46 years has been declared to be an authentic work created by the master artist.

After eight years of research using the latest techniques, the Mauritshuis museum in The Hague has declared that “Saul and David” is in fact one of Rembrandt’s greatest interpretations of Biblical history.

Park West Gallery Founder and CEO Albert Scaglione says in what has become all too common in the art world, a declaration by an expert that later proved to be false caused a museum to have to reestablish the authenticity of the work of art.

“Fortunately, with modern scientific tools and proper research, this invalid opinion was set aside and the painting returned to its prominence as an original Rembrandt, taking its rightful place in the museum and in the art world,” says Scaglione.

The painting depicts two figures against a dark background. On the right is David, kneeling and playing a harp. On the left is King Saul, who is so moved by the music that he wipes away tears with a curtain. The painting is said to be based on I Samuel 18:9-11 from the Bible.

The authenticity remained undisputed until, according to the New York Times, German-Dutch art historian Horst Gerson questioned the authorship of the painting in 1969. He suggested the work could have been painted by one of Rembrandt’s pupils. The painting’s condition didn’t help – it was dark and its varnish yellowed and cracked. Since then, the authorship has been debated, and caused the museum to label it as “Rembrandt and/or Studio.”

So what led to the conclusion that Rembrandt himself painted it? Like a good crime novel or TV show, it’s all about where the evidence leads. Experts used advanced techniques and technology to analyze the painting, including weave angle mapping and a technique that allowed restorers to peer beneath the painted over surface.

“A wide range of trusted and innovative research techniques have been employed,” said Emilie Gordenker, director of the Mauritshuis. “The result is significant: the Mauritshuis has one of its most famous Rembrandts back.” 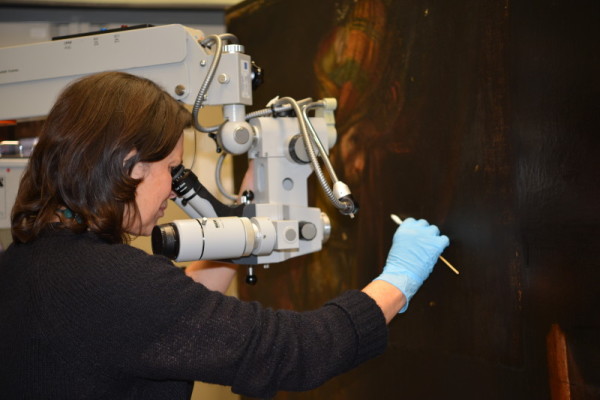 One of the more disputed elements is the curtain, which endured heavy over-painting. Since X-Ray and infrared reflectography (used to look through paint layers) weren’t effective in analyzing the original layers, a macro-X-ray fluorescence analysis (MA-XRF) was conducted with the assistance of the University of Antwerp and Delft University of Technology.

The MA-XRF isolated individual elements in the pigments. Not only did it prove the curtain was part of the original design, it revealed that this section of the painting was largely intact despite its discoloration.

Paint samples were also tested to determine if the materials matched those that Rembrandt used during the time the painting was created. Researchers found that the pigments were in fact characteristic of Rembrandt’s paintings in the 1650s and 1660s.

A part of the initial dispute was the discrepancies, most noticeably in the lower left mantle and in Saul’s face. After uncovering the varnish layer, the research team determined it was in fact painted in phases, which may explain Gerson’s determination that it was “superficial and inconsistent.”

At some point in time, the painting had been cut apart and rejoined, and consists of no fewer than 15 different pieces of canvas. Because of this, researchers say the painting is smaller than its original size. The last time the painting was restored was more than a century ago by Alois Hauser in Berlin. 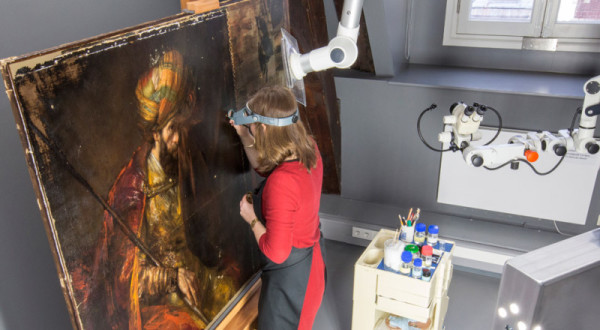 The painting first emerged in 1830 at an art auction in Paris, and remained on the market until Mauritshuis director Abraham Bredius purchased it in 1898. Upon his death in 1946, he left the painting to the museum, where it was a favorite among visitors.

The painting will be the star of its own exhibition, “Rembrandt? The Case of ‘Saul and David’,” that details the history, research and restoration of the painting. The exhibition runs June 11 to September 13, 2015.

26 Responses to Disputed painting proven to be authentic Rembrandt